Remittances in the time of Pandemics

Remittances in the time of Pandemics

Remittance  is  the  money  sent  from  migrants  living  and  working  in  somewhere  abroad  to  a household  or  individual  living  in  the  community  of  origin  either  formally  through  financial institutions or informal means. Remittances represent a major source of income for millions of families and businesses globally, particularly for the most vulnerable, and are often a critical entry point for the financially excluded to access financial services.

Low levels of trade, coupled with relatively high commodity prices for its exports, in some ways helped insulate sub-Saharan Africa from the brunt of the crisis.  The problem of educated Unemployment was exacerbated, as new university graduates in the region were having even more Difficulty than usual in finding employment that matched their qualifications. Remittances are a vital source of income for developing countries. The ongoing economic recession caused by COVID-19 is taking a severe toll on the ability to send money home and makes it vital that we shorten the time to recovery. Remittances help families afford food, healthcare, and basic needs. As the World Bank Group implements fast, broad action to support countries, are working to keep remittance channels open and safeguard the poorest communities’ access to these most basic needs.

Global remittances are projected to decline sharply by about 20 percent in 2020 due to the economic crisis induced by the COVID-19 pandemic and shutdown. The projected fall, which would be the sharpest decline in recent history, is largely due to a fall in the wages and employment of migrant workers, who tend to be more vulnerable to loss of employment and wages during an economic crisis in a host country. Remittances to low and middle-income countries (LMICs) are projected to fall by 19.7 percent to $445 billion, representing a loss of a crucial financing lifeline for many vulnerable households.

Studies show that remittances alleviate poverty in lower- and middle-income countries, improve nutritional outcomes, are associated with higher spending on education, and reduce child labor in disadvantaged households. A fall in remittances affect families’ ability to spend on these areas as more of their finances will be directed to solve food shortages and immediate livelihoods needs.

Remittance flows are expected to fall across all World Bank Group regions, most notably in Europe and Central Asia (27.5 percent), followed by Sub-Saharan Africa (23.1 percent), South Asia (22.1 percent), the Middle East and North Africa (19.6 percent), Latin America and the Caribbean (19.3 percent), and East Asia and the Pacific (13 percent).

In 2021, the World Bank estimates that remittances to LMICs will recover and rise by 5.6 percent to $470 billion. The outlook for remittance remains as uncertain as the impact of COVID-19 on the outlook for global growth and on the measures to restrain the spread of the disease. In the past, remittances have been counter-cyclical, where workers send more money home in times of crisis and hardship back home. This time, however, the pandemic has affected all countries, creating additional uncertainties.

Remittances to Sub-Saharan Africa registered a small decline of 0.5 percent to $48 billion in 2019. Due to the COVID-19 crisis, remittance flows to the region are expected to decline by 23.1 percent to reach $37 billion in 2020, while a recovery of 4 percent is expected in 2021. The anticipated decline can be attributed to a combination of factors driven by the coronavirus outbreak in key destinations where African migrants reside including in the EU area, the United States, the Middle East, and China. These large economies host a large share of Sub-Saharan African migrants and combined, are a source of close to a quarter of total remittances sent to the region.

In addition to the pandemic’s impact, many countries in the Eastern Africa region are experiencing a severe outbreak of desert locusts attacking crops and threatening the food supply for people in the region. Moreover, there are high deportations of Ethiopian citizens particularly from Middle-East and African countries. This will further complicate the amount of remittances to the country in the coming years.

The largest amount of individual remittance inflows of Ethiopia comes from Middle East region on average remittance inflow from this region, which has a 41% share. While the inflow comes from Europe and North America took the second and third-ranking, respectively. Last fiscal year at this time about 2 billion remittances were collected but now only 1.6 billion is received a 20% decline compared with last fiscal year.

In the short run, mapping Financial access points and diasporas in the sending country to addressing the irregular migrants’ access  to  formal  remittances  by  addressing  issue  of identification  in  key  sending  countries  to Ethiopia. Supporting introduction of new technology in payment Systems: mainly mobile payments that play crucial roles in reducing contacts and improve outreach for both senders and receivers.

With more and more African countries now realizing the potential impact of their Diaspora community resources, this may be the right time to explore and adopt strategies that could be used to harness the African Diaspora skills especially in new knowledge for technological advancement. The majority of professional Africans in the Diaspora have acquired advanced knowledge and skills in science and technology from their host countries that can be easily transferred to Africa. This will not only promote “brain gain” but will also avoid wasting time and the much needed resources trying to “reinvent the wheel”.

However, in the long run, unless a progressive political environment is created, it will be very difficult to tap into the Diaspora resources, skills, and knowledge necessary to leapfrog the nation’s development. African governments should institute policies that will integrate the Diaspora communities into national research and development programs. 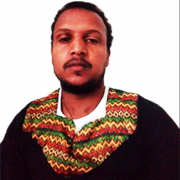